It’s likely that you’ve heard the term “3D printing” lately. After all, it’s one of the hottest part creation methods today, utilized by hobbyists and product development firms to quickly and affordably build lifelike test parts. Essentially, 3D printing is a process that’s deployed to make a three-dimensional object. Also commonly referred to as “additive manufacturing,” the process involves fabricating a part from scratch, layer by layer, working from a computer-aided design (CAD) file. Unlike subtractive manufacturing techniques, wasted material is minimal via the 3D printing process. Therefore, when you take into consideration that only the material necessary to create the part — and the support material that’s necessary via some 3D printing processes — there’s considerably less waste compared to other technologies which cut away excess material. Another key advantage of the technology is in its rapid prototyping abilities, as designers and engineers can create test parts to examine form, fit and function of virtually any geometry or complexity.

While today there are many 3D printing companies, the roots of 3D printing date back to the early 1980s, when additive manufacturing equipment and materials were initially being developed. However, it wasn’t until 1984 when a prototype system was unveiled that built parts in layers by curing photopolymers with UV lasers. Since then, 3D printing’s abilities and material capabilities have greatly expanded. 3D printing is even currently often grouped into other additive processes, such as sintering and extrusion, which were not originally considered similar. Today, 3D printing is no longer used to exclusively create one-off test prototype parts, but its advances are even making it more applicable for short-run manufacturing as well.

While there are a variety of 3D printing processes, they all work in somewhat of a similar fashion. It all starts with a CAD file of the product that’s intended to be created. A 3D scanner may also be utilized to help create a CAD file for printing purposes. This file is then programmed into the 3D printer and the machine gets to work additively, building the part from the ground up, layer by layer. Basically, parts are “grown.” There are various types of 3D printing processes (which we’ll get into later) that all have their share of pros and cons. These include selective laser sintering (SLS), stereolithography (SLA) and fused deposition modeling (FDM). There are many advantages to the 3D printing process, when used for both prototyping and short-run manufacturing purposes. Here’s a closer look at these 3D printing benefits:

Limitless design options: Although the size of 3D printing machines only allow 3D-printed parts to be so big, and while there are wall thickness limitations that designers have to consider, generally speaking there are few design limitations aside from the aforementioned. This makes custom 3D printing feasible.
Fast: Parts can be fabricated quickly, as in a matter of hours. Therefore, turnaround time is quick, not slowing down the all-important time to market aspect. In product development, a firm’s time to market is everything. You want to be the first one to innovate, not a follower. That’s another area where 3D printing shines: It promotes fast time to market based on the speed of the process and the rapid pace at which you can reboot product creation cycles.
Easy changes: Did a prototype part not come out the way you intend it to work? Changes and adjustments can be easily made to the CAD file so you can try again. There’s no expensive tooling to modify or adjust.
Accurate: 3D printing technology allows printed parts to produce very accurately, meaning that designers can show clients or potential investors real physical models prior to production to give them a better idea of the final product. For example, depending on resin type and other variables, the SLA process can achieve accuracy down to 0.002”.
Affordable: Finally, the cost of 3D printing is another big benefit of the technology, as the prototyping stage of development can be reduced and you don’t have to invest in any expensive tooling with it. Small part runs are very affordable, especially when compared to conventional molding processes where a larger upfront investment is often required. What’s more, the speed of the process also reduces the impact on a company’s bottom line. As you know, time equals money.

The two main types of 3D printing technologies are SLA and SLS. What is SLA 3D printing? As previously mentioned, SLA is a process that uses a UV beam to cure a liquid photopolymer in an additive fashion. Parts created via SLA can usually be built with high detail and are used as display models, but they’re often not suitable for functional testing. The process is also generally cheaper than SLS.

SLS, on the other hand, uses a laser to solidify powdered material. SLS created parts differ from SLA parts in that while they can be used to test for functionality and are very durable, they’re generally produced with a rough finish.

3D printing has come a long way in a relatively short period of time to the point where the technology is being utilized for short-run production. However, it’s still best synonymous with prototyping — and in a variety of industries, from medical to fashion. In the medical field, physicians are using it to fabricate everything from artificial organs to prosthetic limbs. Teachers and professors are introducing their students to the technology in the classroom as a means of creating real parts. Aerospace and automotive are also big industries for 3D printing. Automakers commonly use the technology to prototype components in new vehicle models. Some have even gone as far as 3D printing an entire concept automobile to show off at the various auto shows around the world to gauge interest from drivers and the industry as a whole before deciding whether or not to green light it for production.

The technology is also not lost on hobbyists, as the affordability of certain open source machines have made it a staple in many garages and basements throughout the country, as would-be entrepreneurs do their best to come up with the next big thing. Aside from the aforementioned, it’s being used in space to print solar panels, even in art applications. The bottom line is, 3D printing is everywhere, and its popularity should only continue to increase — the future appears very bright for the technology. The Future of 3D Printing

Over the past several years, 3D printing machines have scaled down to smaller, more compact units — those small enough to fit on desktops. They’ve also become more affordable in recent years. What does the future hold for this technology? For starters, the resin market is expected to become much more competitive, a trend that should make 3D printing even more affordable and accessible, especially when it comes to hobbyists, entrepreneurs and educational environments. Better software should also become a future trend and printers, overall, will likely operate with increased speed and greater accuracy.

From an industry perspective, industrial manufacturers will utilize the technology to consolidate parts into one overall component. In medical environments, doctors may increasingly use the technology to plan surgeries using medical 3D printing for parts such as organs, direct from CT or MRI scans. 3D printing is also predicted to play a greater role in medical schools.

Ultimately, 3D printing will continue to mature — and RevPart is here to help you with your 3D printing needs. For more information, contact us today. 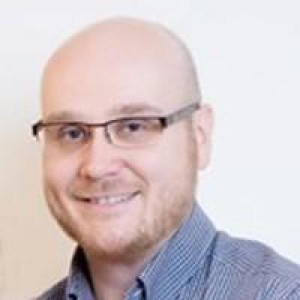 Matt is a team member at Revpart. He is an experienced product design engineer and Plastic injection Molding design Guru. Follow Matt on Google+