Do I Really Need a Patent? Do I really need a patent?

You might, but you also might not. A lot of this depends on your individual situation, and I definitely recommend consulting a patent lawyer with your concerns. There are a few questions you can ask yourself, though, before you give in and write a check to that attorney.

1. Can I afford the costs associated with gaining a patent?

Although the total cost of a patent depends on a lot of factors—the type of patent, the level of detail, how long you have to spend negotiating with the USPTO, where you live, and if you need to have drawings made—the average cost is around $5,000 but can rise to over $25,000.

This is a significant upfront cost for patenting, and it may be a barrier for an individual just starting out. You must also be prepared to pay maintenance fees on your utility patent three times during its life to avoid letting it lapse—once after three years, once after 7.5 years, and once after 11.5 years.

2. Does my invention have enough value to deserve a patent?

I’m not trying to insult your idea. I just want you to really think about whether or not you can sell enough of it (through manufacture or licensing) to pay for your patent.

Now that you know how expensive patents are, does that change your mind about how valuable your product is?

You can, of course, sell your product without immediately patenting it. You can file for a provisional patent, which is much cheaper, and claim “patent pending” for twelve months before you have to decide whether or not to pursue full patent protection. 3. Do I want the details about my invention to be public?

It takes an extraordinary amount of detail to be awarded a patent. And after eighteen months, those details will be available to the public.

It is possible, though I can’t say how likely, that someone with malicious intent could freely access the details and drawings and use your information to create their own version of your product.

This becomes more important when you have something really unique about your product that you don’t want people to be able to easily copy, but you must still weigh the pros and cons.

4. Can I afford to defend my patent?

Sometimes you have to sue someone for infringing on your hard-earned patent. Hopefully you’ll have money from product sales to protect you, but what if you don’t? Where will you get that extra money for your lawyers?

5. How broad is your patent in comparison to your competition’s product?

6. Is your idea even developed enough for a patent?

In order to be awarded a patent, you have to be able to clearly explain in detail your invention. This means a vague idea won’t earn you a patent. You need detailed drawings and explanations to prove why your invention is unique enough to deserve its own patent.

It may help if you prototype your item out completely before submitting it for a patent. Prototyping, as you know, can help you iron out design flaws. It’s probably a good idea to get these flaws out before the patent is filed, since any changes may mean that you’ll have to update your patent application…and doing that means a bigger bill from your lawyer.

And no one wants that. Except your lawyer.

7. Has anyone else patented it already?

Before you begin filling out the patent application, you should try to figure out if anyone else beats you to it. Do a quick search yourself using Google Patent Search before you pay your lawyer to do it.

If you find something immediately, you’ll know not to continue (or you’ll know how much to change your idea before you keep going).

Your lawyer can do a more extensive search later, but it’s always a good idea to cover your own bases before continuing.

What are the pros and cons? 1. You can limit the competition.

Having a patent means you can defend your idea (if you have the money for it). “Defending” in this case means protecting your right to exclusivity by preventing other companies from making the same thing.

2. Having exclusivity raises your profits.

If you’re the only person selling your product, you don’t have to worry quite as much about facing price wars against your competitors.

3. You can attract investors.

4. You can license your invention.

If setting up your own business and controlling manufacturing aren’t things you want to do, then you can license your invention to another company. They do the production work and keep the majority of the profits while you earn royalties.

Like finding investors, finding a company that will license your invention is much easier when you have a patent.

2. You have to publicly disclose details about your invention.

You need to include very specific details about your invention when you apply for your patent, and after eighteen months, those details are made public.

Although there are ways you can do this yourself, like on LegalZoom, you’ll probably find that you’ll need a lawyers help here, since small mistakes can cause you big problems later.

In a perfect world, winning a patent would mean the end of your troubles, but since we live on earth, getting a patent might only be the start.

You might have to defend yourself against patent trolls or another person with a very similar patent. Or, you might discover that someone is copying your design regardless of your patent—and that requires defense too.

This all costs money, of course, and lawyers are expensive. You have to consider this before continuing.

What are the different kinds of patents?

There are a few kinds of patents, as I’ve mentioned a few times, so let’s discuss them so you can figure out which you need to pursue.

This time of patent is probably the most expensive, but it’s also the most valuable.

You can get a utility patent for a new process, machine, manufacture, composition of matter, or an improvement on an existing idea.

This stops other people from making, selling, and importing the invention, but you have to be on the lookout for offenders. The USPTO doesn’t police for you.

Utility patents last for twenty years, starting from the date when you file.

Instead of patenting the functionality of your invention, you can patent the design (how it looks).

A design patent covers the aesthetic or ornamentation of a design, and covers you for fourteen years after the patent is awarded.

Honestly, I know you’re probably not here for the plant patent, but I need to explain it anyway (just in case).

You can get a plant patent for a novel, non-obvious, asexually reproducible plant.

This patent prevents other people from creating the same plant or profiting from your plant for twenty years from when you filed. With a provisional patent, you can claim “patent pending” on any items you produce, discouraging anyone who might try to steal your idea.

What’s the deal with international patents?

And, to make matters worse, there isn’t actually an “international patent.” You have to apply for a patent in each individual country where you want protection

The Patent Cooperation Treaty (PCT) seeks to make this a little easier for you, but you still have to do the hard work.

First, you have to file all the paperwork with the PCT. Then, they have to conduct a patent search internationally. This can take a long time because translations may need to be made, and patents are full of complicated little details.

After that process is finished, you get to decide which countries you want to have a patent registered in, but you still have to pay the fees in each country.

You should ask yourself the same questions from the top of the post about these international patents. You probably don’t need a patent in every single country, so don’t waste your money on it.

What if someone infringes on my patent?

You’ll have to contact your lawyer about this one. The USPTO isn’t an enforcement office.

Your lawyer will help you decide if you have a case and what your best course of action will be.

Do you have any more questions about patents? Are you a patent pro and have advice for the newbies out there? Leave a comment and let us know! 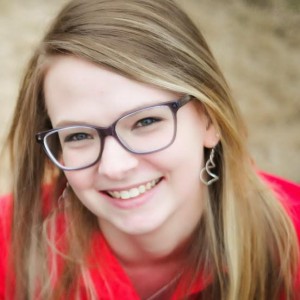