A Quick Guide To Additive Manufacturing

When you hear the phrase “additive manufacturing,” you probably think of 3D printing — and rightfully so, as the two are essentially the same. From there, however, it can get a little more complicated: What are the benefits of additive manufacturing? What types of products is it best for, and when should it be used? What role does it play in the general manufacturing landscape today and in the future? We’ve put together this additive manufacturing guide to shed a bit more light on the details, capabilities and potential of the process. To start, let’s look at the origins of the name itself.

The name “additive manufacturing” came about to contrast newer processes (like SLS/SLA, fused deposition modeling (FDM) and powder bed 3D printing — more on these later), which build a part up layer by layer, with traditional machining and manufacturing processes (like turning and milling) that achieve part shapes and dimensions by removing material from a raw base. Note that prior to the development of 3D printing and other processes, those traditional methods weren’t called “subtractive manufacturing” (and still aren’t generally referred to as such today) — the entire terminology only came about once there were two different general types of processes from which to choose.

Although 3D printing and additive manufacturing technology have been around for nearly 50 years, it really only entered the general public consciousness once 3D printers reached a more consumer-friendly price point. Those consumer printers, in general, are of the fused deposition modeling (FDM) variety — where filaments of plastic substrate are heated, liquefied and used to build up a part layer by layer. Now, we’ll examine some of the more common additive manufacturing methods, including FDM, and what they’re best suited for.

Fused deposition modeling: The plastic filament-based process described above. As the liquefied substrate cools and hardens, the next layer is added, building up the full form of the part. There is usually little to no waste produced from FDM. Though for parts with extensively protruding sections or other unusual geometries, support layers may have to be added that are later removed or machined off.

SLS/SLA: These two similar additive manufacturing processes both rely on a laser to create a part from a UV cured resin, though they differ in how this occurs. In SLS (selective laser sintering), the laser superheats and fuses (or sinters) the necessary areas of a container of a powdered base photopolymer in order to build the part. In SLA (stereolithography), a photoactivated liquid material is used, which turns into a solid when exposed to the light of the laser. Both technologies are fast, accurate and excellent for prototyping as well as longer production runs. Multi-Jet Modeling: Perhaps the 3D printing/additive manufacturing process that most closely resembles the function of an actual printer. In Multi-Jet 3D printing, print heads move along three axes to apply a thermoplastic substrate in layers, building up the form of the part.

Broader design flexibility: Additive manufacturing encounters few, if any, of the constraints present in designing for other manufacturing processes. In traditional machining processes, geometries are limited by areas where tooling and fixtures are able to reach. Even in the most advanced multi-axis machines, there are limitations to what can be achieved. Plus, processes like injection molding generally require adherence to a specific set of best practices to facilitate the process and maintain the piece’s structural integrity. While each of these traditional processes has its role, additive manufacturing stands apart because nearly any shape or geometry can be created, since the part is being built from the ground up.

Shorter lead times: Because additive manufacturing requires only the machine, the base material and a digital model, there’s no need for the time-consuming processes of mold or tool creation and machine setup. Prototypes can usually be created in as little as a few hours, depending on the size of the part and the technology being used. This means turnaround times of days, not weeks or months.

More predictable lead times: Rarely will you encounter a surprise in production using additive manufacturing — and if you do, it can quickly and easily be addressed via the source file. This is vastly different from other processes, where tooling may have to be modified or even scrapped and remade, and more complicated solutions to production problems may need to be pursued. Because the time to create a 3D printed part can be reliably calculated using the part’s size and volume, lead times can be communicated with near 100 percent certainty. Less material: In subtractive manufacturing, the material that is milled, ground or otherwise removed from the base shape is disposed of — it’s essentially waste, but it was paid for in the cost of the raw material. While some additive manufacturing processes may require additional machining or finishing, in general, only as much material as needed is used to create a part. Those material savings can add up — especially in additive manufacturing for higher quantities — in the long run.

Little to no assembly required: More complex industrial parts require assembly from any number of components — tens or even hundreds of smaller pieces. In addition to the time spent manufacturing these parts, the assembly time required can be extensive, and represents an additional step where QA is required (and problems may be encountered). As General Electric is exploring with jet engine components, additive manufacturing processes can yield major benefits on the assembly front, creating complex parts in one piece (even using different materials), rather than as assemblies.

Portability and convenience: The GE example above also opens potential for creating replacement parts and components. Rather than manufacturing and shipping replacement parts from a few factories scattered nation- or worldwide, an on-site 3D printer at maintenance centers could be used to quickly create needed parts right there, saving time and transportation costs. Industrial examples are just the beginning. With additive manufacturing already common in medical and other fields, the possibilities for fast, on-site 3D printing are quickly broadening in exciting ways. 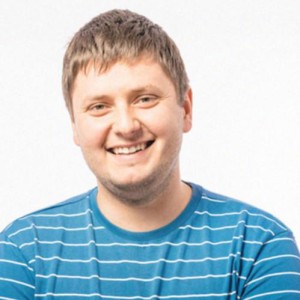 Jacob is a technical writer at RevPart. He is experienced in rapid prototyping and enjoys keeping up with the latest news in the industry.